A SAFER AND CLEANER AIR WITH LIGHT

Home > Architectural Lighting  > A SAFER AND CLEANER AIR WITH LIGHT 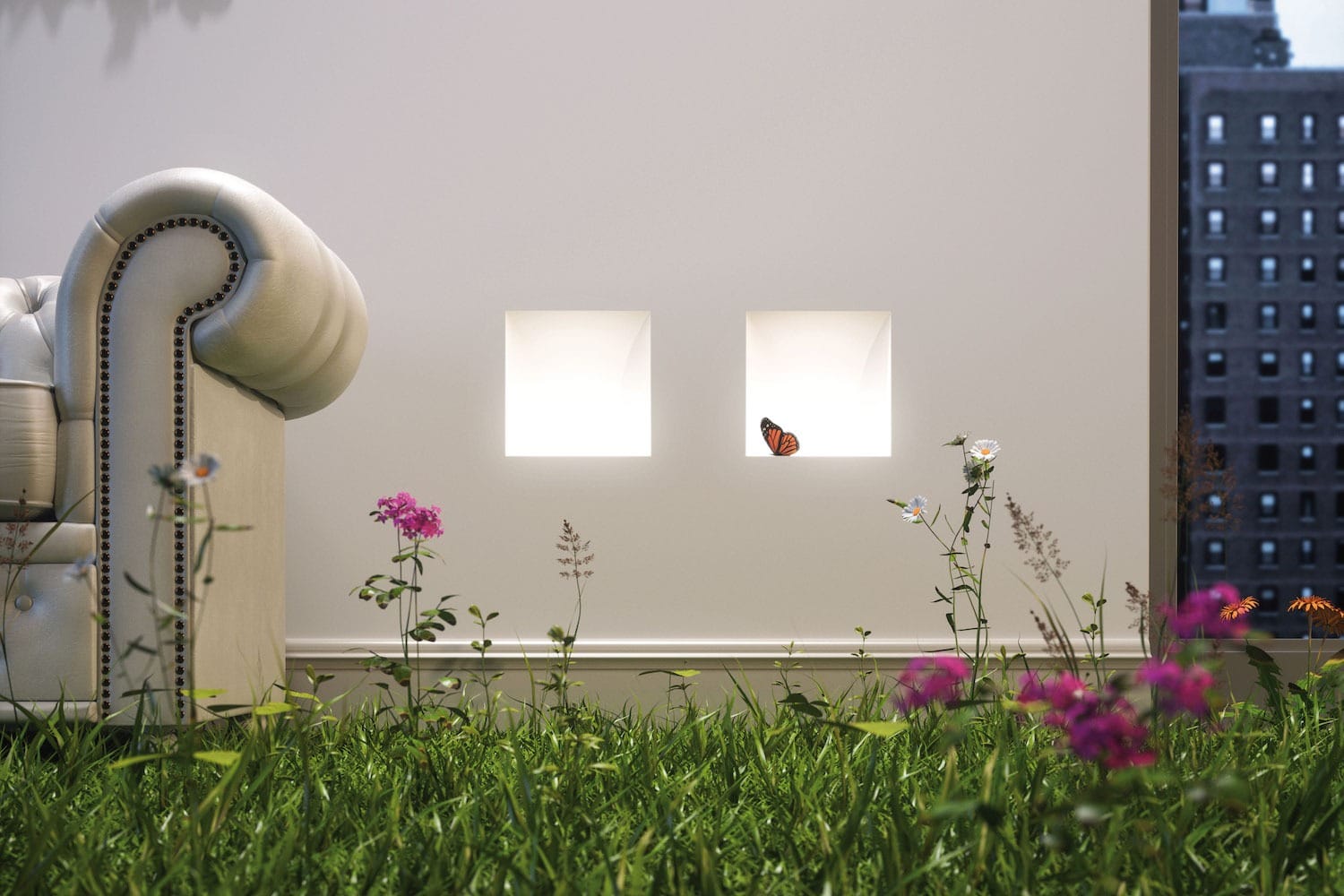 06 May A SAFER AND CLEANER AIR WITH LIGHT

AirCoral® is a patented Buzzi & Buzzi material, used for traditional forms of lighting revolutionising a safer and cleaner architectural light.  The material contributes to improving the quality of life of those living in installed areas, making the spaces healthier and safer. In addition it is distinguished by its bactericidal action against pathogenic agents carrying potentially serious diseases.

The Buzzi & Buzzi eco-friendly patented material also can break down pollutants encountered in the urban environment, such as Hexane, a toxic gas produced by the use of hydrocarbons for fuel and heating.

The effects of AirCoral® have been assessed and measured by Manchester University (November 2017 – School of chemical engineering and analytic Science)
which highlighted:

1. Antibacterial
AirCoral® is effective on all bacteria with particular efficacy on Staphylococcus, Pseudomonas aeruginosa and Klebsiella Pneumoniae responsible for various
illnesses involving the lungs and heart. In particular, the study demonstrates the high reduction of microbial growth.

3. Purifying
The capacity to considerably reduce the presence of metals in the air, with greater effect on cadmium and lead, metals responsible for serious health problems.

AirCoral® transforms the air’s harmful substances into harmless ones thanks to a process which is very similar to chlorophyll photosynthesis aircoral® kills bacteria.

Antibacterial an ability to complete elimination of bacteria from surface tested with method UNI 27447. 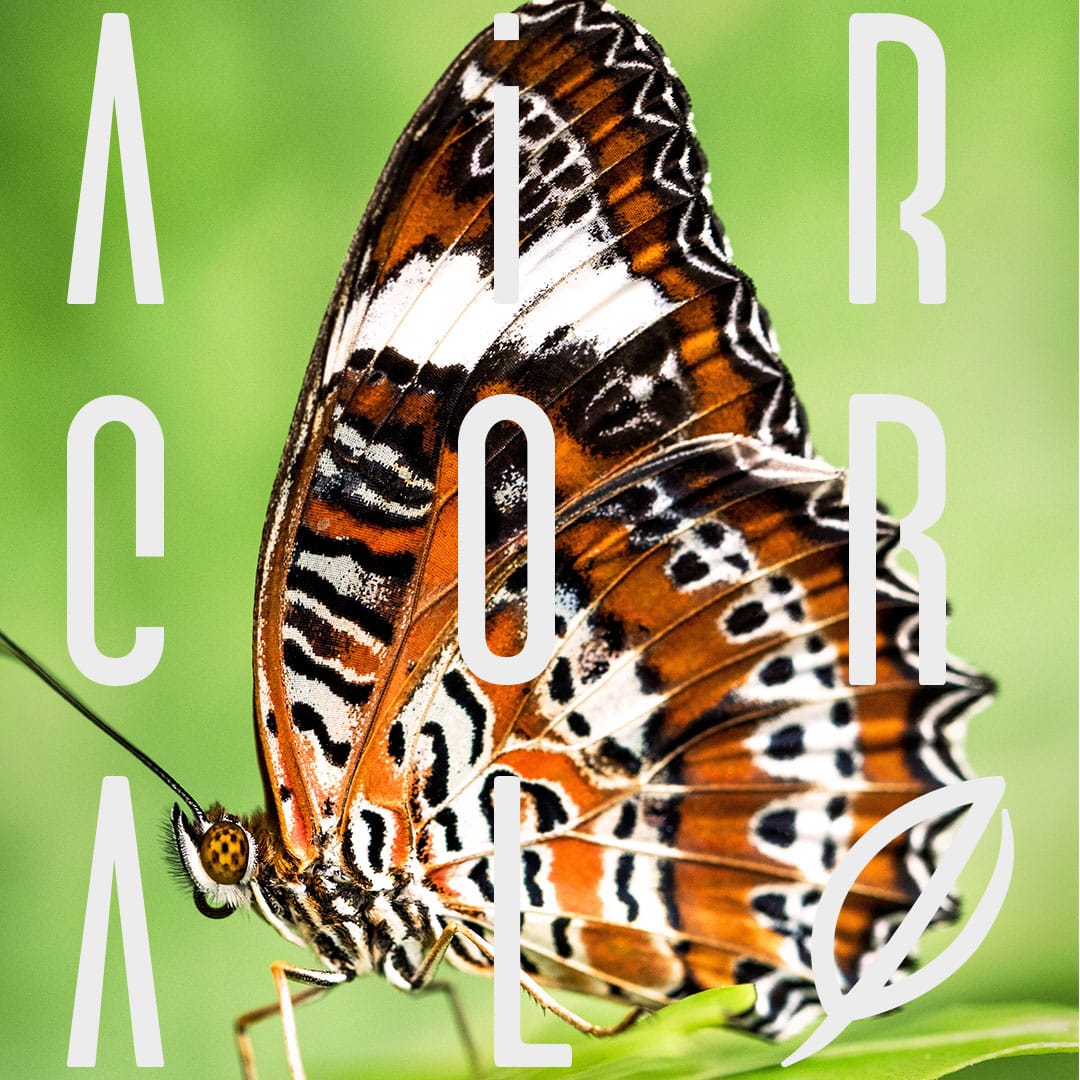 Buzzi & Buzzi is an Italian leader in the lighting sector, known for its strong innovative spirit and attention to the environment. Since 1990, Buzzi & Buzzi has created perfectly performing and functioning architectural lighting combined with attention to aesthetics. Buzzi & Buzzi ensures an ideal balance between beauty and efficiency, popular all over the world for its recessed luminaires of total disappearance. It has established itself both nationally and internationally thanks to its own and patented materials: CORAL®, AIRCORAL®, DURCORAL®, CORAL WATER OUT®.

AirCoral® was created on the basis of Coral®, the first material to be patented and today known to the sector for its incredible technical qualities and resistance to atmospheric agents, impacts, abrasions, weather and any kind of context. It is shock resistant, fireproof, customisable in architectural form.

Even when the light is switched off, AirCoral® continues to work. The air is purified and spaces are healthier even without lighting, when the source is inactive. AirCoral® is the preferred luminaire for installation in public locations, such as health care structures, hospitals and clinics. Educational sectors, such as childcare centres, schools and universities, can benefit from the AirCoral® action, making the difference in terms of hygiene and well-being. The quality of life within private spaces is significantly improved thanks to the properties of this material.

You can also measure the wellness level produced by AirCoral® by using this technically savvy and innovative calculator. Select the product you would like to measure, specifying height of the compartment in centimetres, and it will give you a value of purified air in square metres.

All Buzzi & Buzzi models made in Coral® can be manufactured, on request, in AirCoral®: characterised by a smooth and silky texture, it is best suited to multiple types of lighting projects, giving spaces an elegant and refined atmosphere.

AirCoral® material was used for the outdoor lighting Minivirtus Wall helping to reduce the harmful effects of the major polluting agents, while the light is spread through what looks like a white stone material. This beautiful light is inert to moisture and salt so if you have commercial or domestic properties close to the sea this product is perfect. 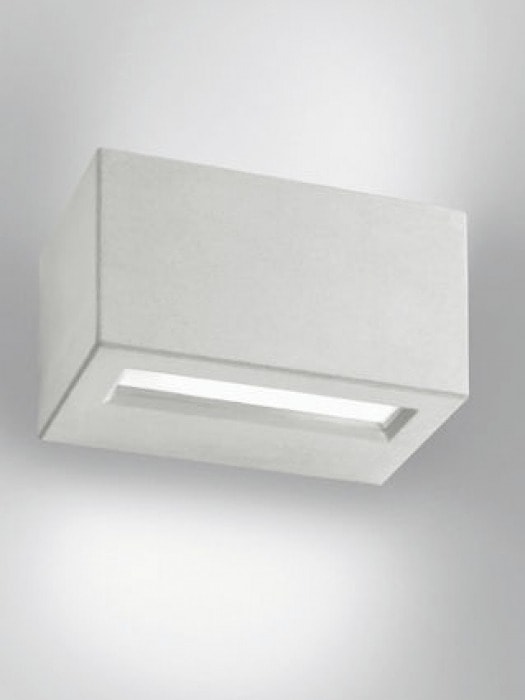 Do you have a particular need for a healthy environment?

The AirCoral® range is ideal for use in all domestic premises or commercial spaces – hospitals, health clinics, hotels, restaurants, Universities, schools, childcare centers and kindergartens. 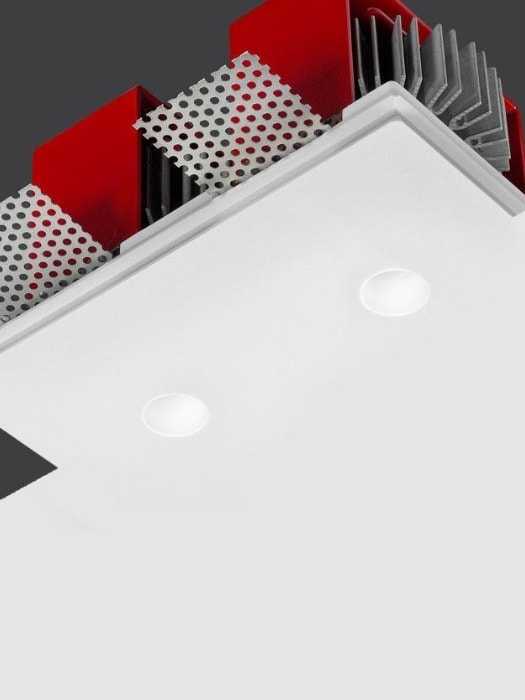 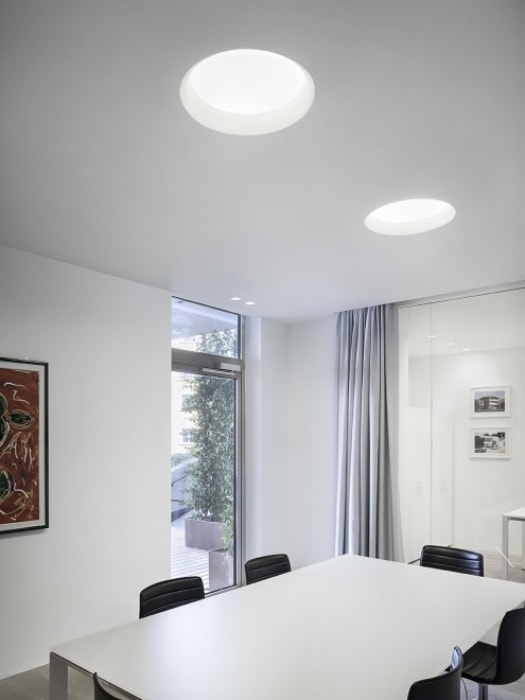 The Supernova is a disappearing direct light recessed indoor luminaire made of AirCoral®, installable on plasterboard ceilings, perfect to enlighten architectural details. The 650mm rounded light hole creates a decisive light to enhance the plasticity of the ceiling. 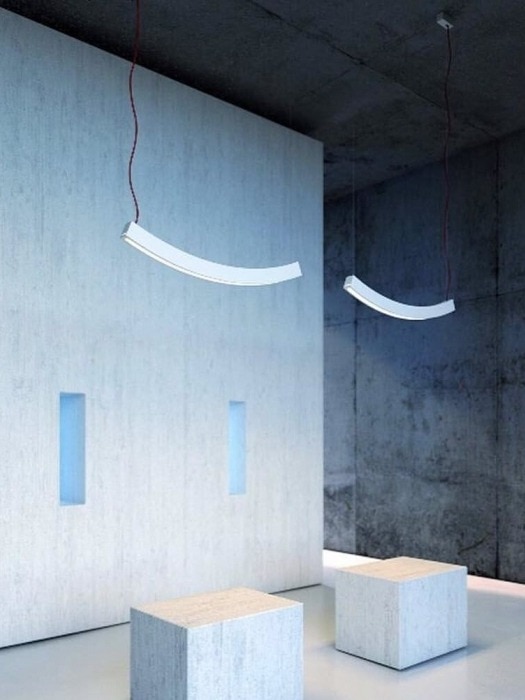 The Zen Pendent is perfect for public spaces. The curved satin glass creates a suffused and consistent light.  Zen has a white-painted ceiling case or with a recessed housing, that allows to place the driver in the false ceiling.​

Watch Buzzi & Buzzi’s wonderful film to be inspired by the beautiful selection of AirCoral® lighting. Learn about our favourite genius downlight with an emission hole as small as a 20 mm hole.

Find out how Gineico Lighting is responding to Covid-19.

Check out our 2020 top architectural lighting.

Want to learn about dimmers, read our latest article.

Read more about our favourite architectural lighting by Buzzi & Buzzi.

Our mission at Gineico is to improve the overall aesthetics of an interior with our lights while taking into consideration the intended use, impact, budget and functionality of the lighting scheme before developing several lighting design proposals for our customer. Read about the Italian brands we curate and represent.